Mayor of South Dublin County Council (SDCC) Cllr Emma Murphy, SDDC Chief Executive Daniel McLoughlin and staff from South Dublin County Council attended the Chambers Ireland Excellence in Local Government Awards which were held in the Crown Plaza on Thursday 24th November, where the Council were nominated for an impressive 8 awards in 8 different categories and were shortlisted for the prestigious Local Authority of the Year Award. 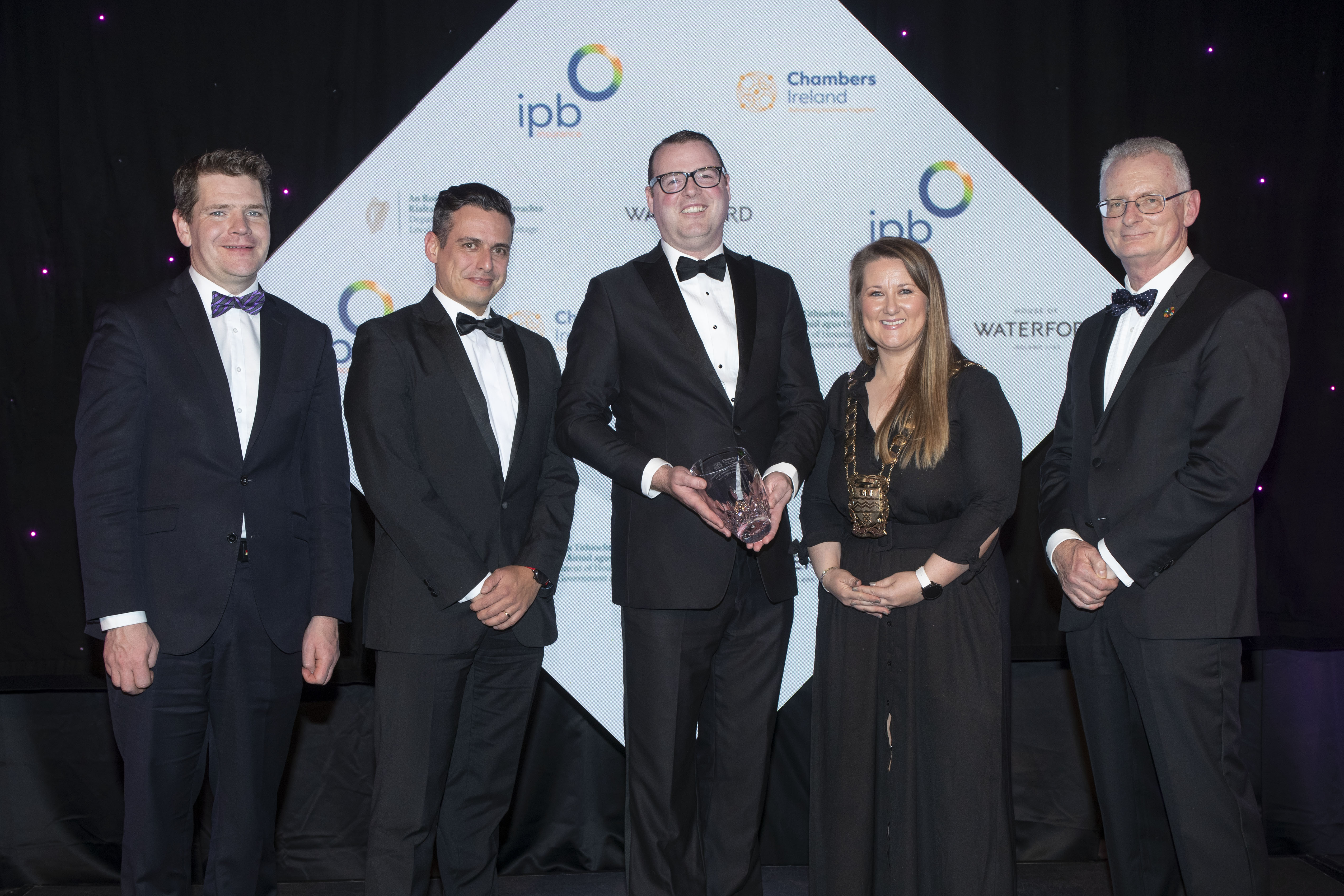 Accepting the award for the Local Authority Innovation Award on behalf of South Dublin County Council were Mayor Cllr Emma Murphy and County Librarian Paul Fusco for the Think Big Space project, in partnership with AWS.

The AWS Think Big Space is a new educational lab located beside the Tallaght Luas stop, which aims to inspire an interest in science, technology, engineering, arts, and maths. It provides a dedicated space for students, educators, and communities to explore innovative and imaginative ideas through interactive hands-on technical education. AWS has opened AWS Think Big Spaces across the world; however, this is the first AWS Think Big Space to launch in Europe.

Speaking at the award ceremony, Chief Executive of South Dublin County Council, Danny Mc Loughlin said: “I am delighted to see so many South Dublin County Council projects nominated for the Excellence in Local Government Awards. This is testament to the quality, creativity, and innovation of our staff across the entire organisation.  I would like to congratulate the libraries team and of course our partners AWS for the introduction and development of the Think Big Space in Tallaght which won the Local Authority Innovation Award. This innovative project highlights how progressive our Library Services are and will help and encourage South Dublin children to develop and hone their creative thinking.”

Mayor of South Dublin County Council, Cllr. Emma Murphy, who collected the award said: “It is with great pride that I accepted this award alongside County Librarian Paul Fusco. The Libraries Team work hard to create inclusive library spaces for all the citizens of the county. The Think Big Space was created in partnership with AWS and is the first of its type in Europe. This project provides an interactive learning space and encourages interest in STEAM topics. I would also like to congratulate all the nominated projects and associated staff teams. I am immensely proud that our local authority was nominated in eight categories and shortlisted for the Local Authority of the Year. This is an acknowledgement of all the hard work and the range of innovative projects being delivered to South Dublin citizens.”