The Honorary Freedom of South Dublin County was conferred on Ms Jackie Fox at a ceremony in County Hall, Tallaght on Friday 6 May.

Elected members of South Dublin County Council agreed in December 2021 to honour Ms Fox in recognition of her campaigning for legislation to make online bullying a crime and its passage into law as ‘Coco’s Law’ and in honour of her daughter, Nicole. 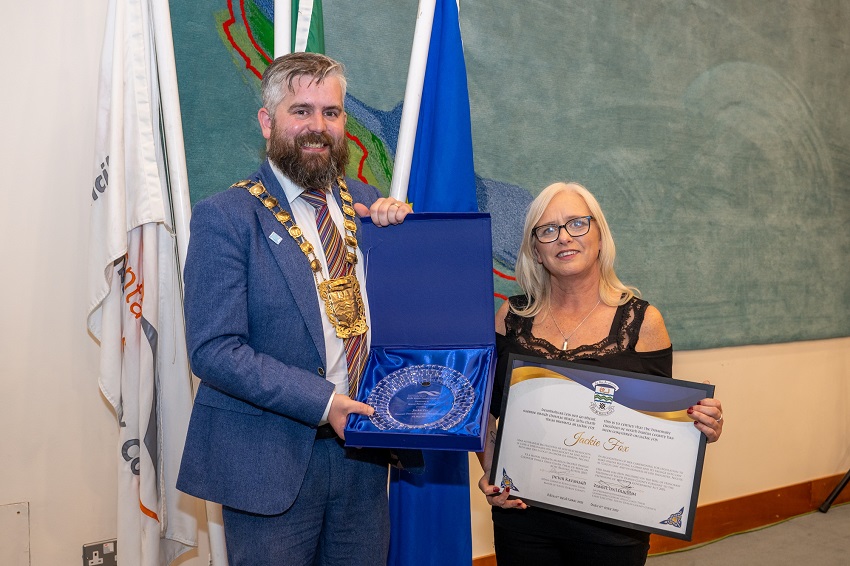 The Mayor of South Dublin County, Councillor Peter Kavanagh, said at the event that, “Jackie suffered the worst loss imaginable. No parent, in their worst nightmares, can imagine the heartache and emptiness that comes from losing a child. Jackie’s daughter Nicole was taken from her doting mother through the vile and terrible actions of her peers. When Nicole lost her life, Jackie was devastated. Her baby, her Coco, taken away.

It would have been the most natural thing in the world for Jackie to retreat into herself, to give up. Parents devastated by such a loss can become shadows of their former selves, and those who love them understand why, even as we offer all the support we can.

Laws don’t get written overnight, and Jackie had a long road to travel between 2018 and 2020. A long road of living through the heartbreak over and over to tell her story. She never wavered. She never faltered. In the midst of pain, sadness and unbearable anguish, not once did Jackie Fox say “enough”. She knew that her work would save lives, and she never let up.

When President Michael D. Higgins signed Coco’s Law into effect on the 28th December 2020, it didn’t mark the end of Jackie’s campaign. To this day, Jackie shares her story with students and parents to ensure that everyone understands how important this law is, and how vital it is that we protect our young people.

Tonight we remember the beautiful and talented Nicole Fox Fenlon, the wonderful Coco, for the amazing young woman she was. And we honour Jackie Fox, mother, crusader, champion and lifesaver.” 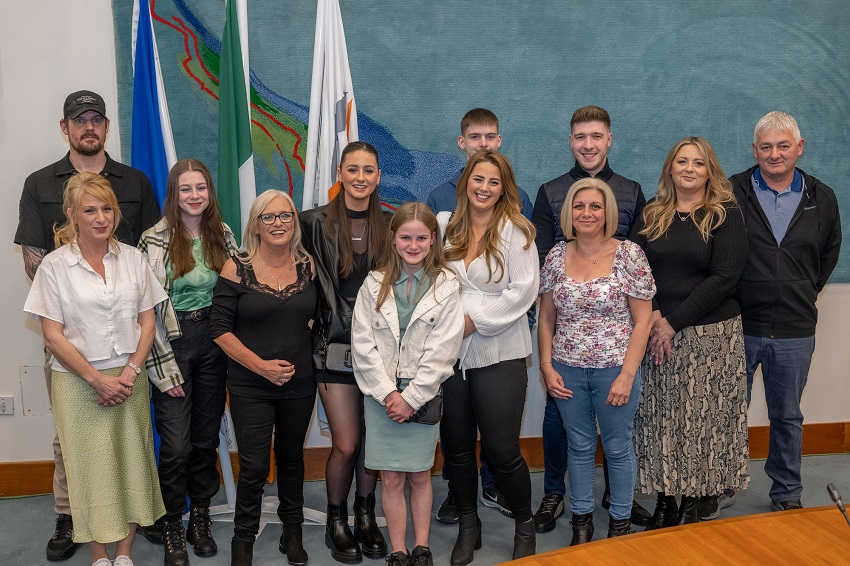