€300k Have Your Say Results Announced

Twelve community-led projects have been selected by the public to be funded in the Tallaght Central Electoral Area through South Dublin County Council’s landmark €300k Have Your Say participatory budgeting initiative.

The twelve projects selected for funding are:

Details of all twelve winning projects were announced on Thursday 2 December and project updates will be given on each on www.sdcc.ie/haveyoursay. Work will begin on the projects early in the new year.

Twenty-eight projects to date have been selected for funding in the Lucan, Clondalkin and Firhouse-Bohernabreena Electoral Areas. The Council will run the initiative in every local electoral area in the County with the next area due to be selected by the Mayor in 2022.

‘€300k Have Your Say’ is a participatory budgeting initiative that has been run by South Dublin County Council since 2017. €300k Have Your Say allows residents to develop project ideas for their local area and then vote on shortlisted proposals to fund winning projects up to the value of €300,000.

South Dublin County Council has previously won a Chambers Ireland Local Government Award in Citizen Engagement for the initiative and been shortlisted for a European Innovation in Politics award in the ‘Democracy’ category. South Dublin County Council was the first local authority in the country to run a participatory budgeting initiative in 2017.

Speaking at the announcement of the winning projects, Cllr Peter Kavanagh, Mayor of South Dublin County, said, “The 300k Have Your Say participatory budget process is a way for local residents to set the agenda for their area and highlight the issues that the County Council should be dealing with. These winners reflect a range of projects covering Tallaght Central, and I’m delighted to be able to announce their success tonight.” 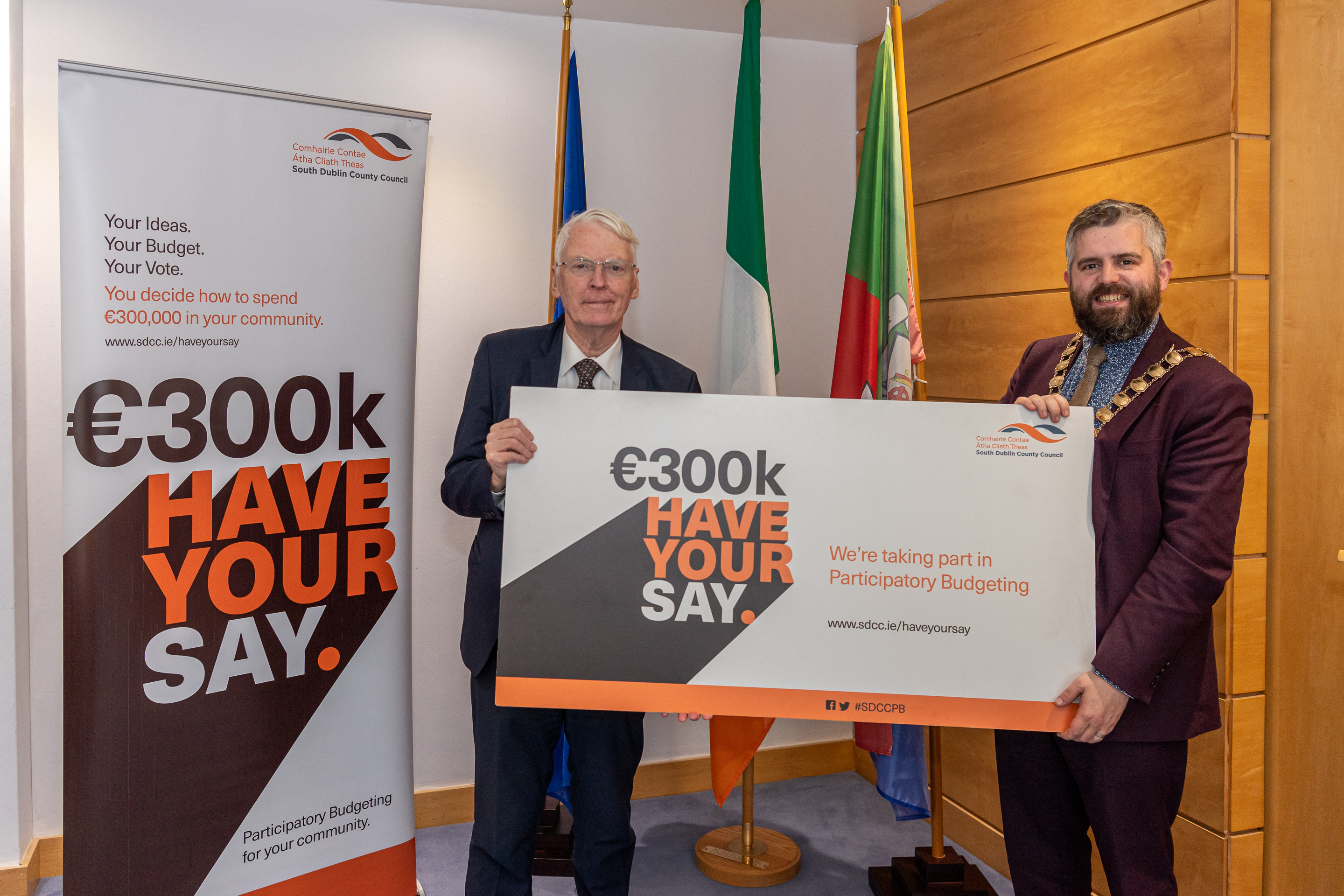