A new iPhone and Android app which provides contact details and information on local mental health services has been launched by South Dublin County Council.

Mindmindr 2019 was developed in conjunction with the HSE and gives details of support services across a wide range of areas including depression, addiction, crisis pregnancy and suicide prevention. The target audience is anyone who needs or knows someone who needs mental health supports in their life.

Emergency contact details for national services are listed and services are mapped to enable the user to find the services themselves. A previous iteration of the app had been launched in 2013.

The initiative was spearheaded by the current Deputy Mayor of South Dublin County, Cllr Cathal King. 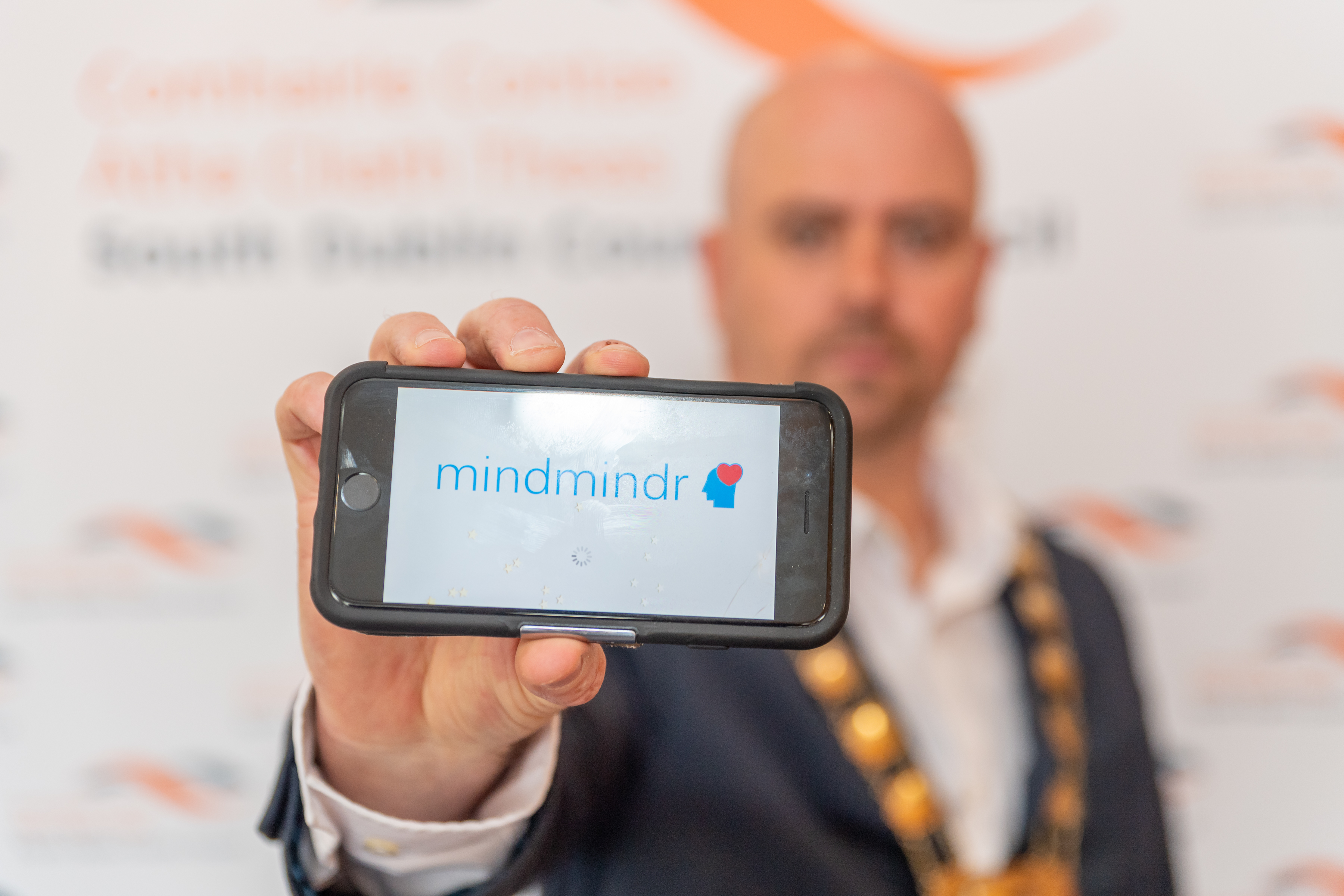 “I want to thank Chief Executive Danny McLoughlin and his team in South Dublin County Council for the work they’ve done in developing mindmindr 2019 and the HSE for all the support they have given since the original version in 2013.”

“There is unfortunately still a stigma out there around the whole issue of mental health and asking for help. While there are a lot of great local groups providing support and advice, people often don’t know they are there or how they can get in touch with them. I thought it was very important to have something in the palm of your hand that highlights these groups, the great work they do and how anyone can get in touch with those groups when they need them.”

iPhone version of mindmindr can be downloaded here.

Android version of mindmindr can be downloaded here.

For more images please go to our full Press Release.