The opening ceremony in Glendown Park on Thursday 12th September marked the delivery of a significant project for young people and families in the area. This playspace was delivered as part of the 2014-2019 Playspace Programme which has seen play areas installed into residential areas all around the County.

The aim of the Playspace programme is to deliver play facilities to children close to where they live and therefore increase their opportunities for play and activity every day. This has certainly been the case in Glendown where the equipment has been really well used from the start and there has been a significant increase in people using the park on a daily basis.   As well as contributing to better physical and mental health for children the new playspaces have taken on a significance in terms of becoming focal points and meeting places for local communities.  In Glendown it has been great to see so many young people using the equipment before and after school and also seeing the social interaction of parents, grandparents and groups of neighbours. 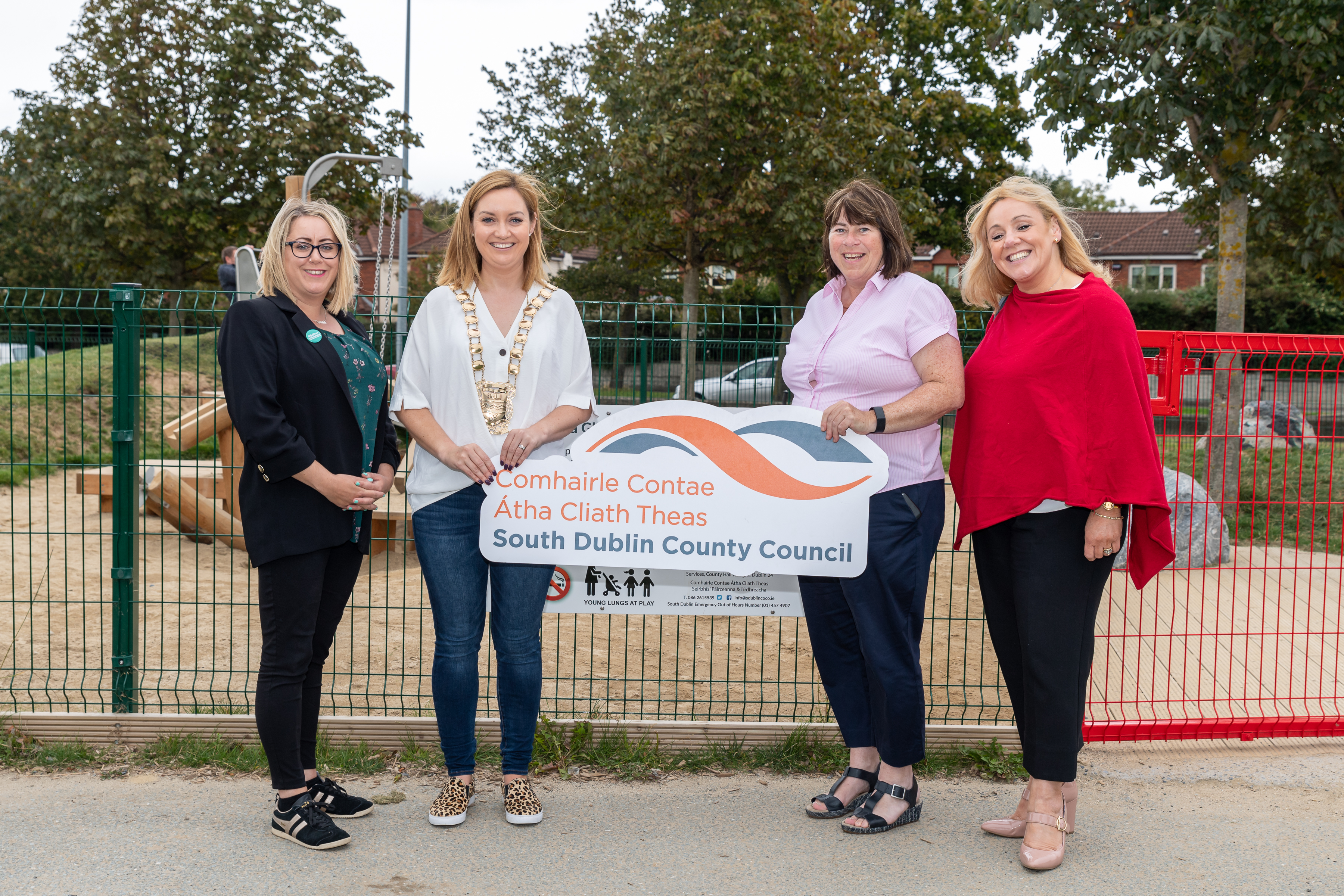 As with all of the new playspaces the use of plastics has been minimised and natural and locally sourced materials have been used where possible. Since the playspace has been completed it has been really popular with park users and at  the opening ceremony Mayor Vicki Casserly thanked the local community for their support for the development of the playspace

Celebration of Social Inclusion through the Performing Arts