Ireland’s Climate Action Plan (CAP) targets 100% electric vehicle (EV) sales with approx. 1 million EVs planned to be on the road by 2030. The Dublin region represents 25% of Ireland’s car fleet and has a significant role to play in the decarbonisation of the country’s transport system. The four Dublin region LAs are working together to deploy EV charging infrastructure in order to support and accelerate this transition. A map of public EV charge point locations can be found here. 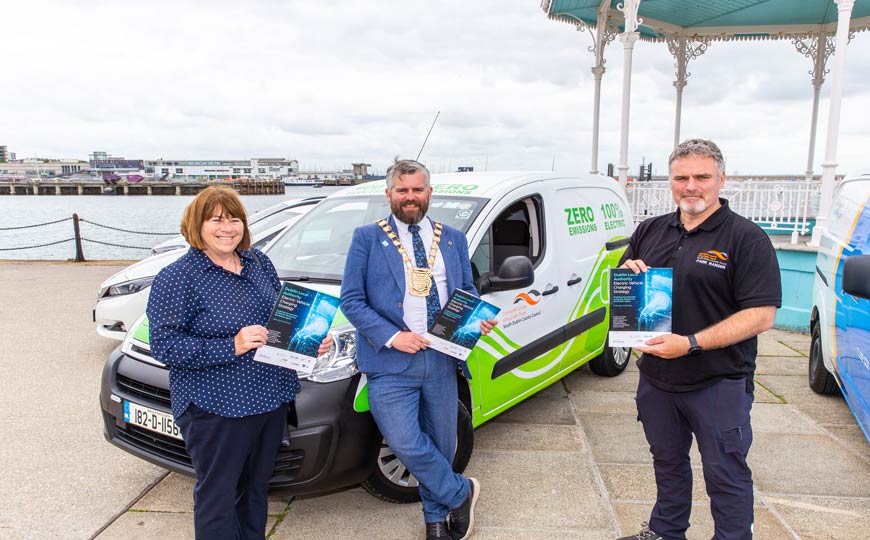 “There is a need for significant improvement in the number and type of charging points across Dublin. It’s important that we support people as they transition to using Electric Vehicles and take into account the varying needs of those who live in places where they cannot easily plug their vehicle in to charge. There is an estimated 34,000 who will rely solely on public charging spaces. This strategy is a step forward in that mission.”

“The Dublin Region Local Authorities are leading the charge to roll out this key infrastructure across the County. This is an important step forward toward the decarbonisation of Dublin’s transport system and meeting our climate change ambitions”.

The Dublin Metropolitan Area (DMA) are currently identifying priority areas that require the installation of residential charging solutions supported by the four Local Authorities, which will take into account location factors while ensuring distribution and provision is fair and equitable.

Several trials of different charger types are already taking place across the DMA with plans to actively support the deployment of public charge points in the short term.

The Department of Transport supports the purchase of a new battery electric vehicle (fully electric) offering grants of up to EUR5,000 (dependant on the price of the vehicle) through registered dealerships, more details can be found here.