Official Opening of the Playspace at Firhouse, Killininny Road

“Play is recognised as a vital activity for healthy child development.  Children also need time in nature for their physical and mental wellbeing.  Integrating a playspace into this well-used open space has brought more life into it and has greatly improved its amenity value.”

Natural play has benefits for children in terms of increasing mental and physical well-being, developing imagination, and allowing children to assess risk and develop their coping abilities.

The Mayor went on to pay tribute to the local community for their support of the popular open space and playspace at Firhouse and the work of the Council staff in managing the project and maintaining the playspace. 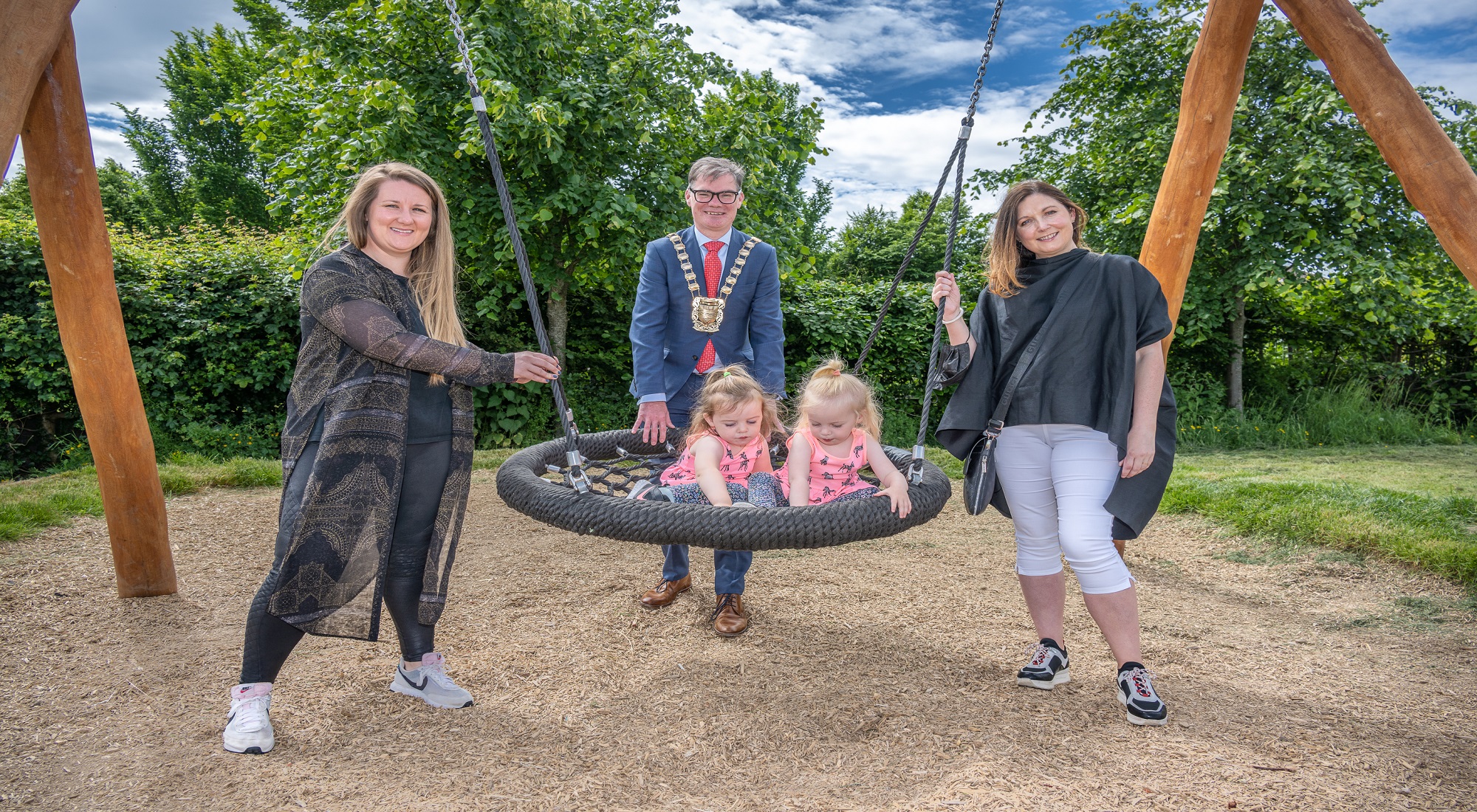