Official Opening of the playground at Willsbrook Park, Lucan

Speaking at the event Mayor Cllr Ed O’Brien said, “Residents in this area have always advised that this would be a suitable location for a playspace and it has turned out to be very successful. Since the playspace has opened, there has been an increase in family groups using the park and everyone is getting more exercise and fresh air, having this facility is particularly beneficial at this current time”. 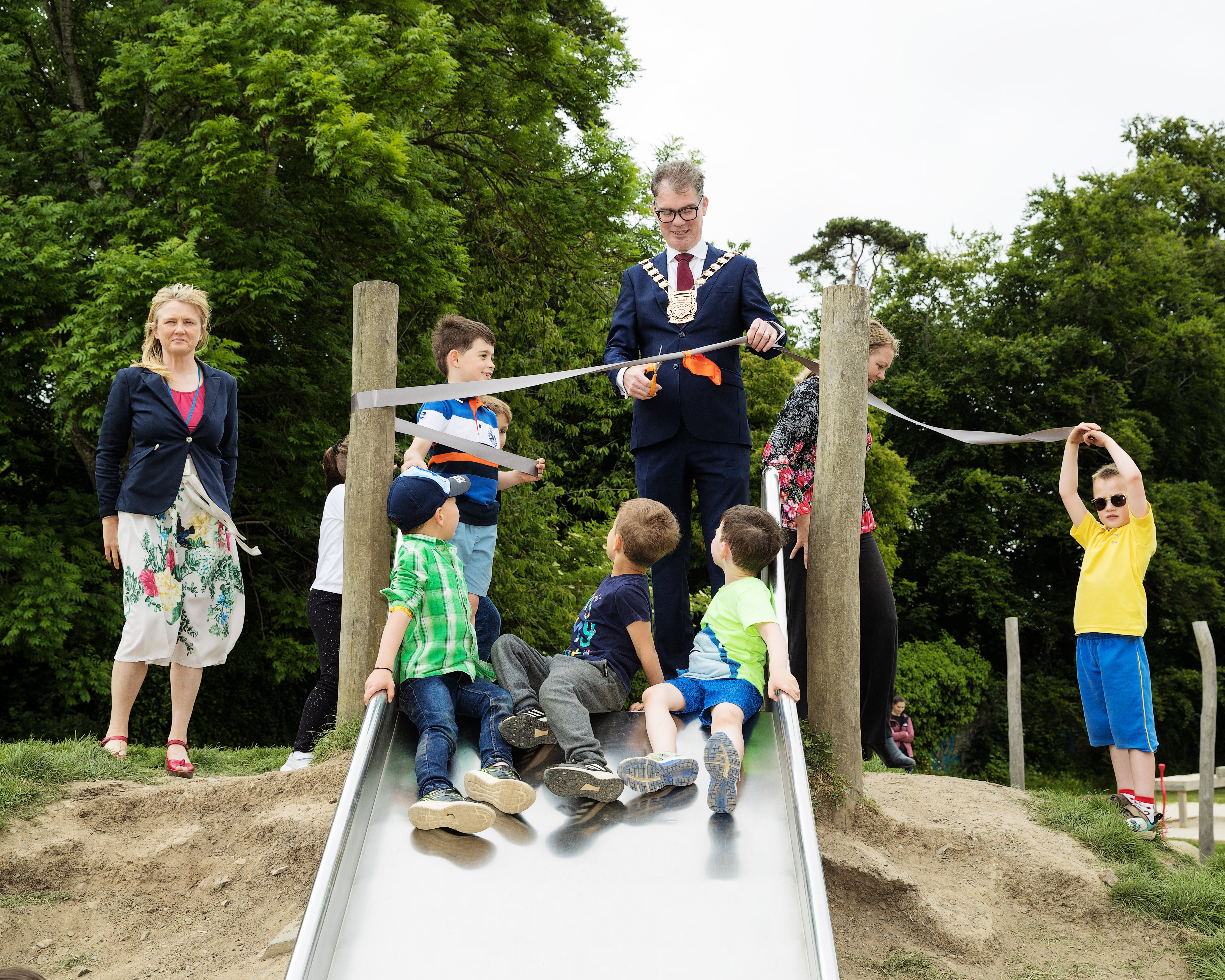 Natural play has benefits for children in terms of increasing mental and physical well-being, developing imagination, and allowing children to assess risk and develop their coping abilities.

The Mayor went on to pay tribute to the local community for their support of the popular park and playground at Willsbrook and the work of the Council staff in managing the project and maintaining the playground.