New Podcast: Corkagh – the life and times of a South Dublin Demesne

A new podcast on the history of Corkagh Demense was launched this week. Written and presented by Turtle Bunbury and commissioned by South Dublin Libraries with the support of the Heritage Council through its Heritage Stewardship programme, Corkagh – the life and times of a South Dublin Demesne, a five-episode series, is available now.

Speaking at the launch in Clondalkin Library on Monday, Councillor William Carey, representing Mayor Emma Murphy said, “One of the earliest references we have to Corkagh dates from 1326 when the lands there were listed as part of the Archbishop of Dublin’s manor of Clondalkin, so we have a history of this place dating back almost 700 years. The fact that Turtle has managed to condense that story into a podcast, and relays Corkagh’s often complicated history in such a comprehensive and entertaining way is a real testament to his skill as a historian and a storyteller.” 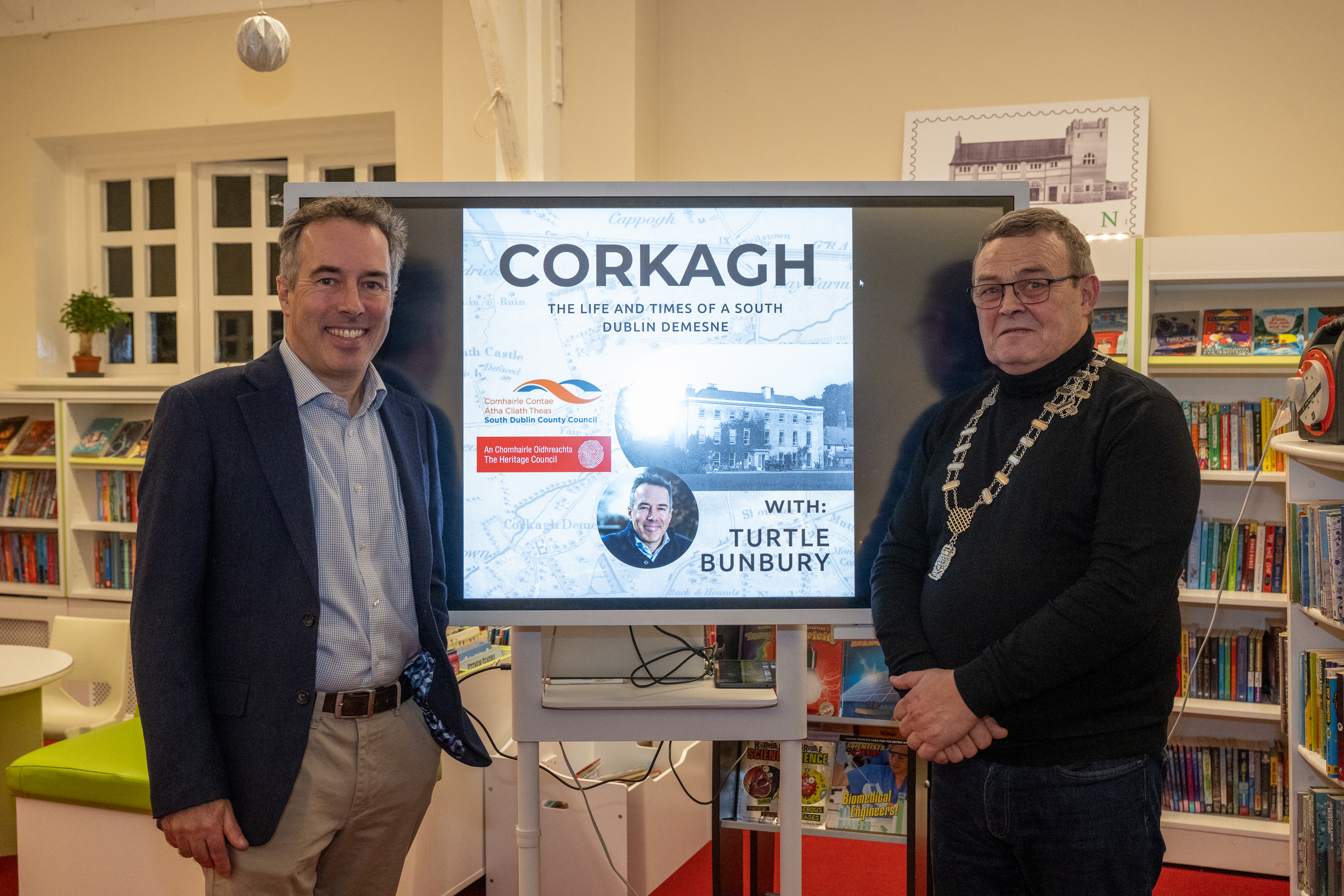 The five episodes focus on Corkagh’s history, from the early history of Clondalkin, to the settlement of French Huguenot families in the area and the establishment of the gunpowder industry, through to the purchase of Corkagh House by the Finlay family in 1750. They and their descendants, the Colleys, remained in Corkagh for almost 200 years, establishing Corkagh Dairy, and leaving a lasting legacy in the Clondalkin area. Corkagh Demesne was eventually sold and reimaged as a public park which opened in 1986, and is one of the treasures of South Dublin County today.

You can listen to the podcast now on Spotify at https://open.spotify.com/show/7CZvVTz2n9kbcDUuukBNqm 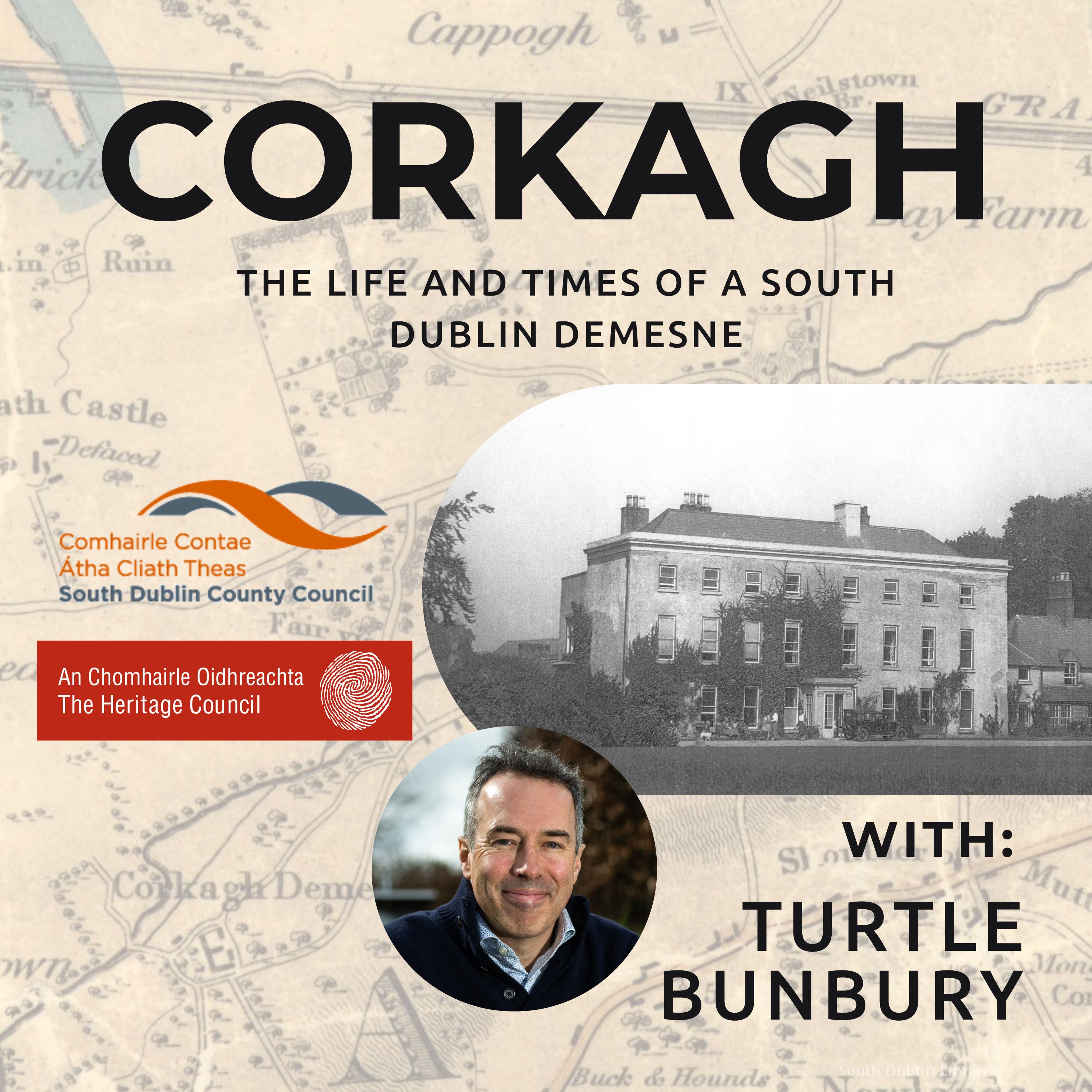