The wetlands have been planted with a variety of native reed, rush and flowering plant species that will enhance biodiversity in the Parks by attracting pollinators, insects, and amphibious creatures. The wetlands will continuously purify stormwater before it drains to the rivers thereby improving the water quality and aquatic ecosystems in both the River Griffeen and the River Dodder. 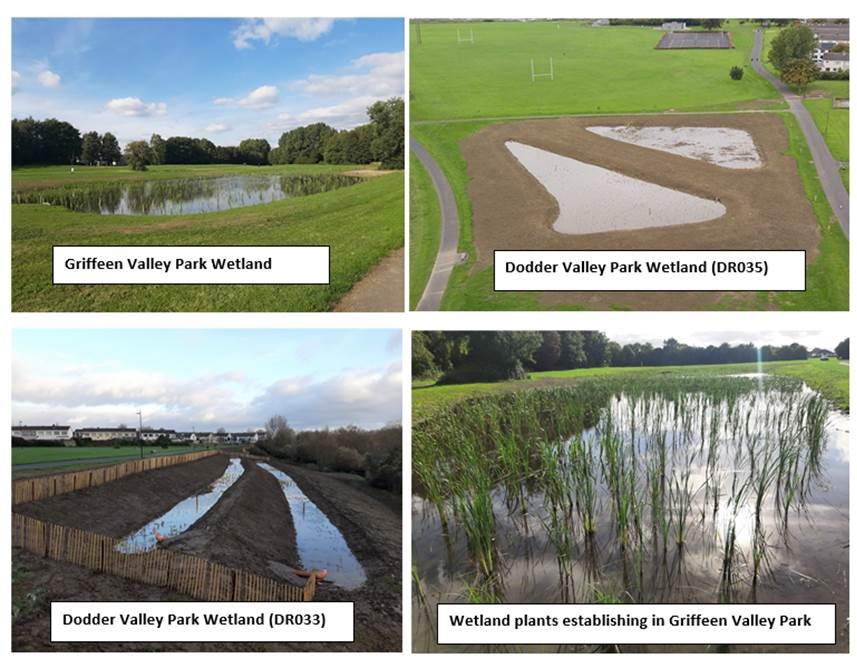 The images below show the engaging and enjoyable Community Wetland Planting day that was held at the Dodder Valley Park wetland on Friday 9th September 2022, with over 40 participants attending the event including local residents and representatives from Dodder Action, Tallaght Litter Mugs, Tallaght Community Council and Dodder Anglers Association. 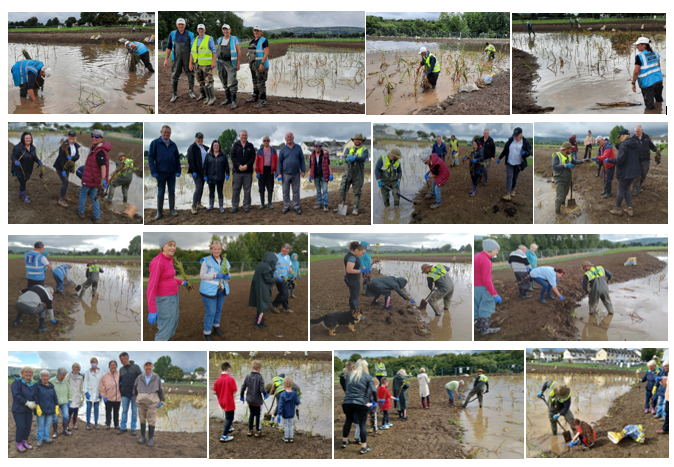 The following is a list of the marginal wetland plants planted on the day:

The Director of Services for Water Environment and Climate Change, Teresa Walsh and the Chief Executive of Dun Laoghaire-Rathdown County Council joined the Mayor and An Cathaoirleach to mark this phase of the project where the construction of the nature-based wetlands will not only fulfil the objectives of the LIFE project but also objectives of the River Basin Management Plan 2022–2027, Water Framework Directive, Climate Change Action Plan, Floods Directive, and draft Biodiversity Plan.

The Mayor noted that the wetlands will ‘support the Green Infrastructure objectives of South Dublin County Council’s Development Plan and will provide access to and connectivity between areas of interest for residents, wildlife and biodiversity and linkages between the natural waters of the River Dodder and the formalised park space.’ The Mayor also noted the wetlands will ‘also provide a water reservoir habitat during times of prolonged dry weather periods, something we see more and more of these days’.

An Cathaoirleach, Mary Hanafin commended ‘the joint workings of the two local authorities, with funding from Europe, for important environmental work such as the Dublin Urban Rivers LIFE project and such enterprise was to be replicated where possible.’ Councillor Hanafin also noted the positive water quality impact of project work finding domestic misconnections at houses in both counties. 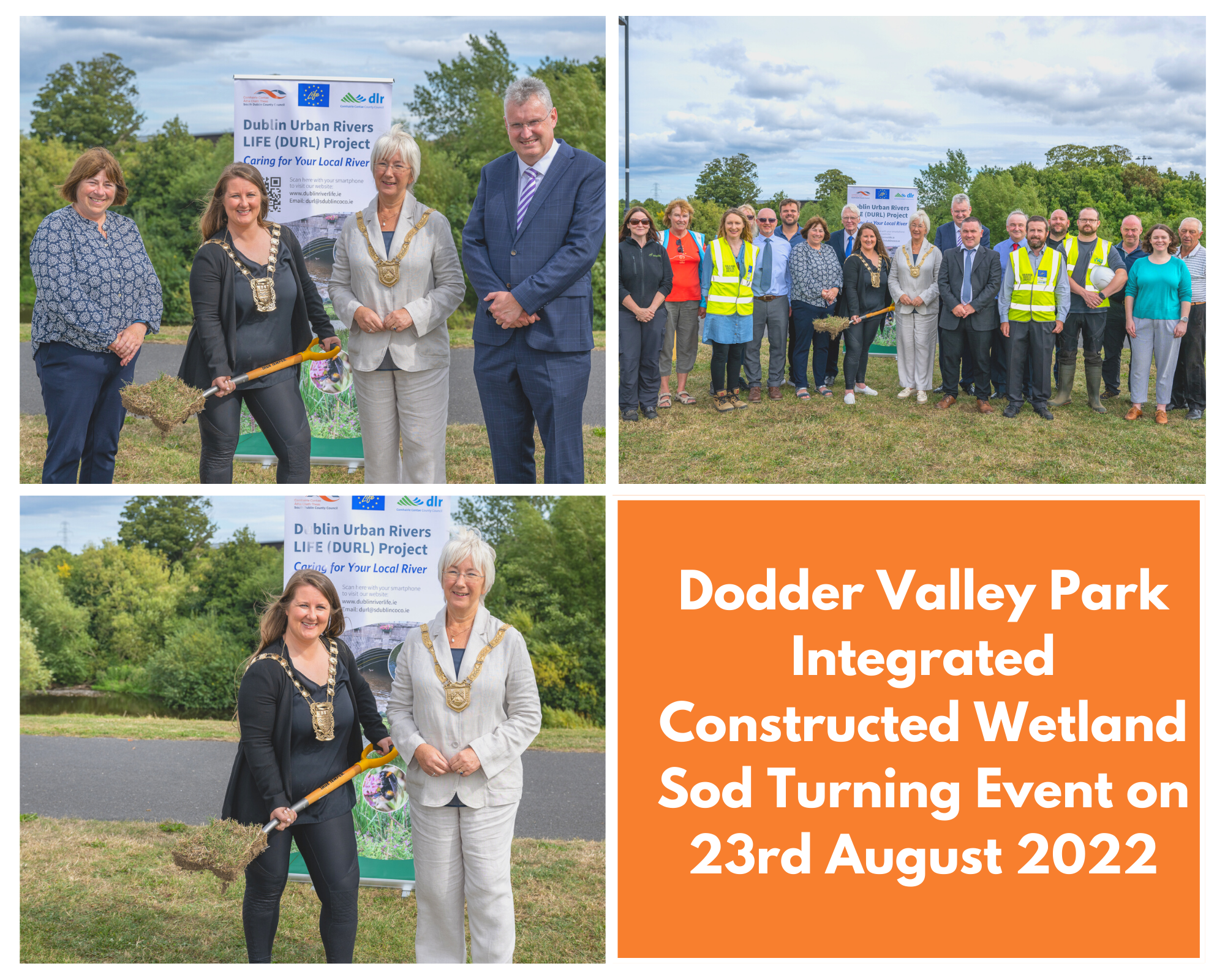 An engaging and enjoyable Community Wetland Planting morning was hosted in Griffeen Valley Park on 5th August 2022 where over 40 people attended the planting event, including participants from local schools, residents, and Lucan Tidy Towns, see images below: 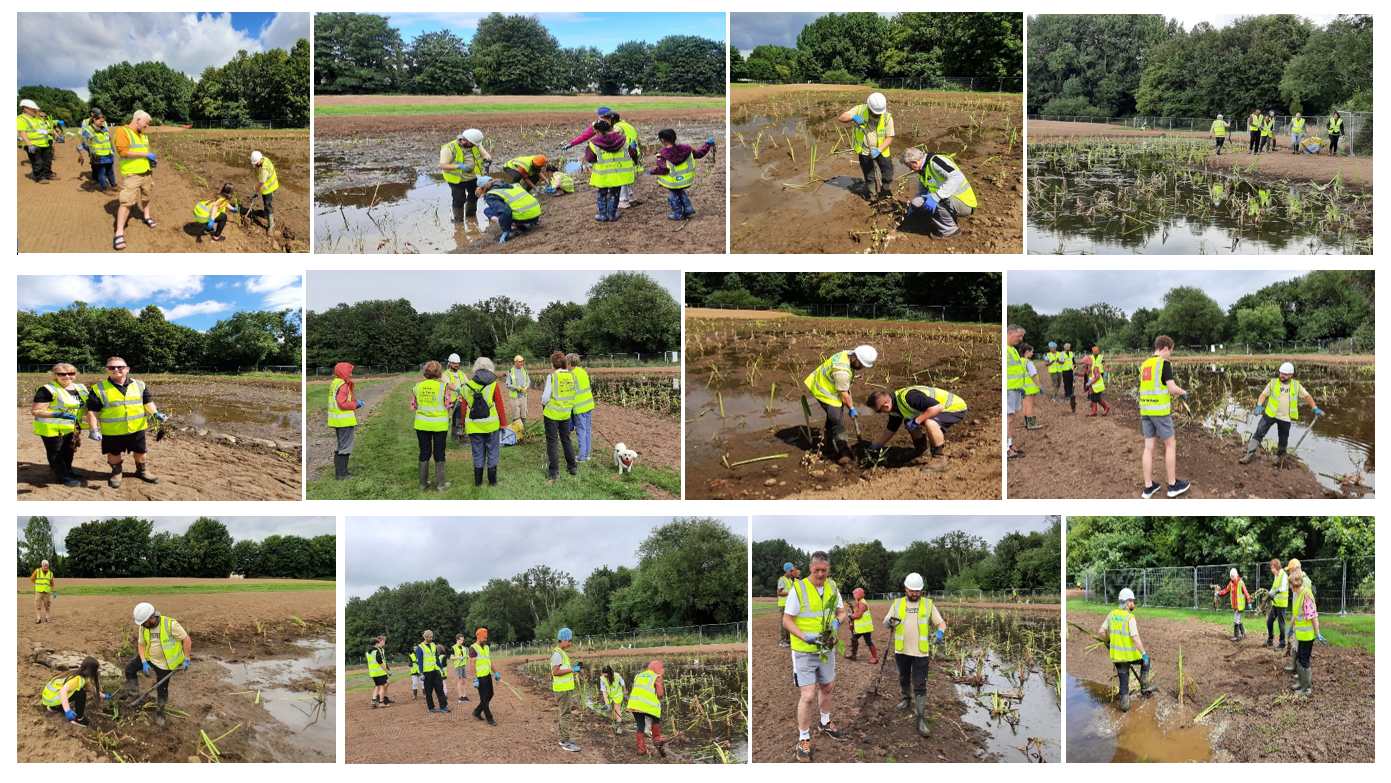 The Chief Executive of South Dublin County Council joined the Mayor and An Cathaoirleach to mark the beginning of this exciting phase of the project where the construction of the nature based wetlands will not only fulfil the objectives of the LIFE project but also objectives of the River Basin Management Plan 2022–2027, Water Framework Directive, Climate Change Action Plan, Floods Directive, and draft Biodiversity Plan.

The Mayor noted that ‘this wetland and those planned for Kilnamanagh, Dodder Valley Park and Tymon Park will transform the areas in which they are located from uniform amenity grassland into vibrant, aesthetically pleasing, and dynamic habitats where biodiversity thrives year-round.’ The Mayor added that ‘the construction of these wetlands is a cornerstone of the Dublin Urban Rivers LIFE project and supports its door-to-door assessments work in this catchment.’

An Cathaoirleach outlined that ‘Dún-Laoghaire Rathdown is in the early appraisal stages to build an Integrated Constructed Wetland at Cabinteely Park to compliment the door-to-door work being carried out by the DURL stormwater assessors in removing misconnections.’ An Cathaoirleach also confirmed that Dún-Laoghaire Rathdown ‘will be using the detailed roadmap (Decision Support Tool) the DURL Project is developing to create an ICW from start to finish (including information on Planning, Engaging with Stakeholders, Design, Tenders and Construction). This roadmap will be a very useful too to help other local authorities construct their own ICW’s.’ 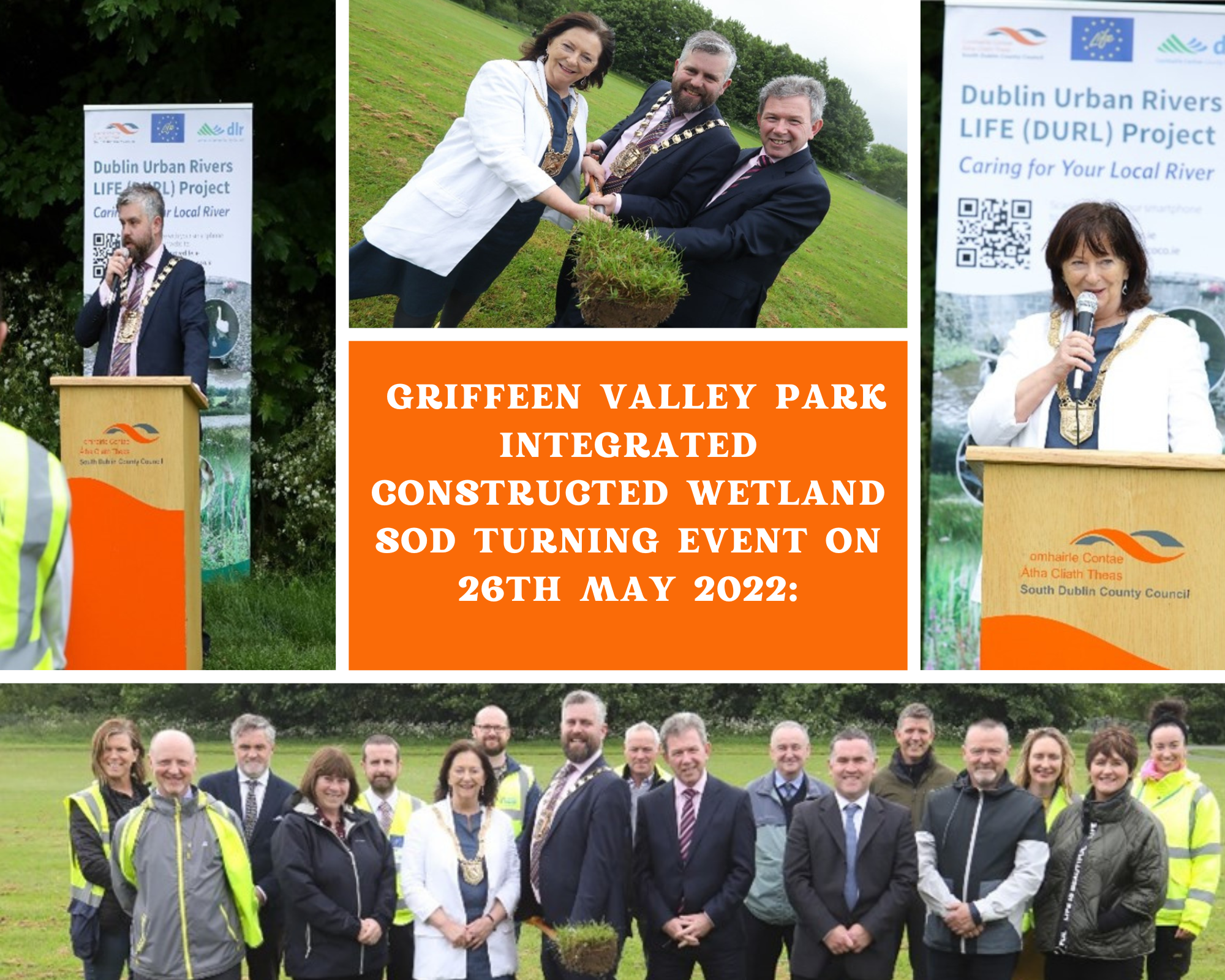