Official Opening of a Revamped Playground and the Raising of the Green Flag here at Sean Walsh Park. 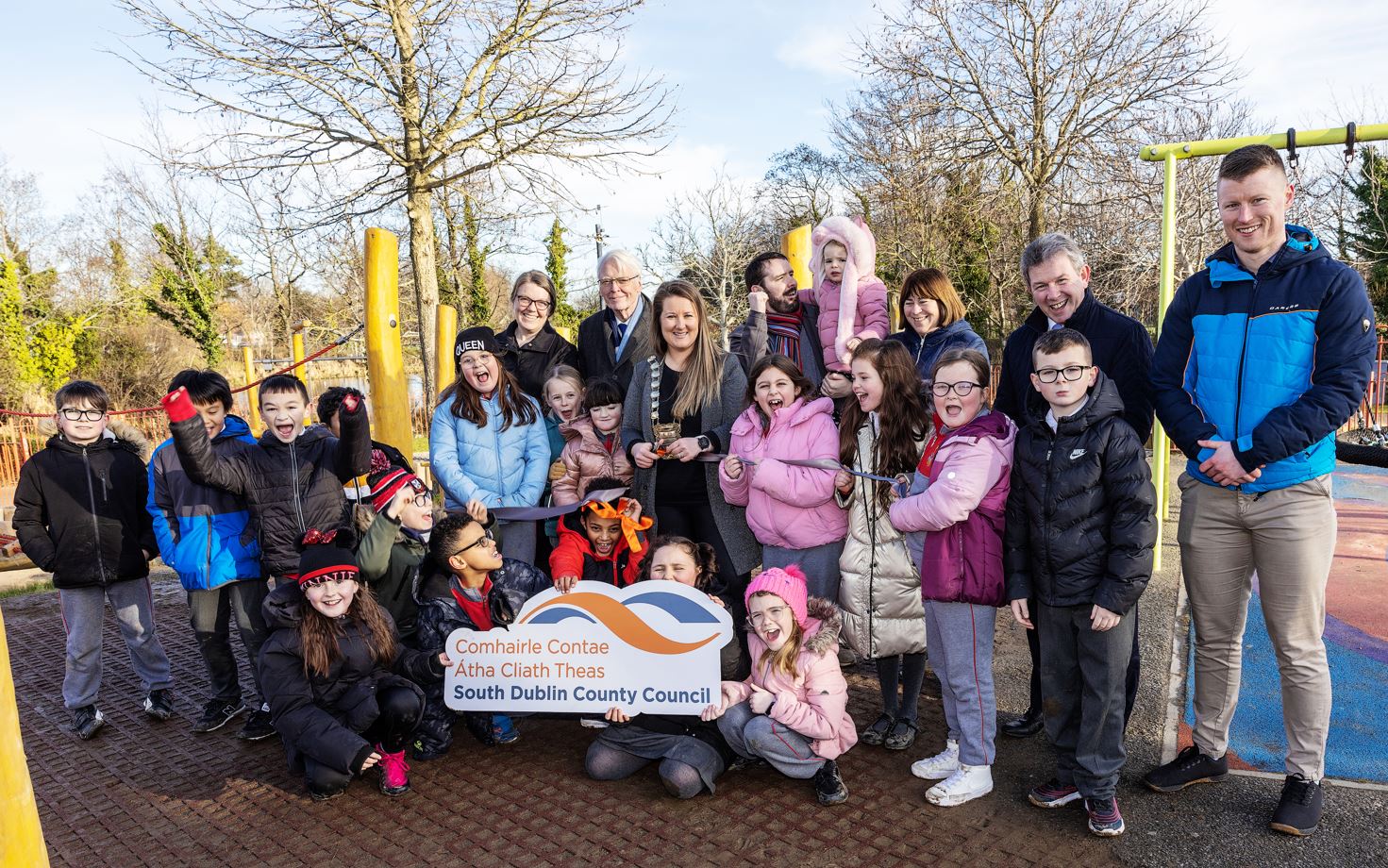 On Monday 16th of January 2023, the Mayor of South Dublin County, Councillor Emma Murphy, officially opened the revamped playground at Sean Walsh Park. This playground provides a range of tactile and universally accessible play facilities that will encourage and support active play for a wide range of ages and abilities. The features in this playground are designed to encourage imaginative play and constructive play which is so important for young children.  There are also features to encourage group play and socialisation.

Speaking at the event, Mayor Councillor Emma Murphy said, “This opening ceremony marks the delivery of a significant project for young people.  I am certain that this revamped playground will continue to be popular, and I wish the local children many happy hours of play here in the years to come”.

The Mayor went on to pay tribute to the local community and local schools, including St. Dominics National School, for their support of the popular playground and thanked the Council staff for their efforts in managing the project.

Following the opening of the revamped playground, Mayor Councillor Emma Murphy was on hand to raise the Green Flag in the park to celebrate Sean Walsh Park winning a Green Flag Award for the fifth consecutive year! The Green Flag Award Scheme recognises and rewards well managed Parks and sets a benchmark standard for the management of recreational outdoor spaces around the world.